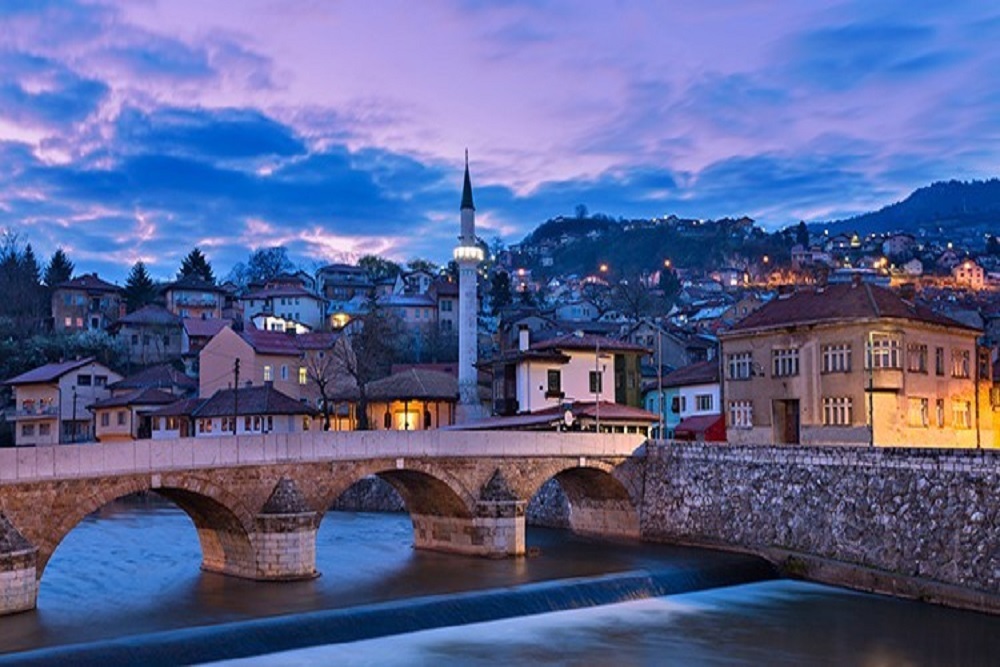 The EBRD is financing major investments to improve public transport in Sarajevo, with CO2 emission reductions likely to exceed 30 per cent, in an effort to tackle the alarming air pollution in the capital of Bosnia and Herzegovina.

Two loan agreements supported under the EBRD Green Cities programme were signed between the EBRD and the Ministry of Finance and Treasury of Bosnia and Herzegovina today. The projects will directly benefit the Canton of Sarajevo.

A €20 million loan will finance the overhaul of the 19.5 km-long dual-track tramline run by the cantonal public transport operator Gradski saobraćaj d.o.o. Sarajevo (GRAS). The current tram network is almost 50 years old and with no major improvements in decades it has deteriorated significantly. New tracks will improve the network and enable the purchase of new, cleaner trams.

The second EBRD loan, of up to €15 million, will allow GRAS to buy up to 25 new electric trolleybuses. Together with the new tram tracks, the buses will improve the overall quality and comfort of public transport as well as the capacity and efficiency of the service. The upgraded trolleybus fleet will also consume approximately 50 per cent less electricity, resulting in significant cost savings and environmental benefits.

Charlotte Ruhe, EBRD Managing Director for Central and South-Eastern Europe, said: “The number one environmental challenge in Sarajevo is air quality, with cleaner and greener transport seen as one of the key means of addressing it. These two new EBRD Green City projects will provide residents with efficient and green public transport. Not only will the investments improve air quality by reducing vehicle emissions, but modernisation will also have an indirect impact by supporting a shift away from polluting diesel cars.”

EBRD Green Cities supports cities in addressing their environmental issues and improving the quality of life of their residents. All participating cities embark on a trigger project to improve their local environment. Then, with EBRD help, they develop a Green City Action Plan (GCAP), creating a tailor-made list of further environmental investments and policy changes that will address their environmental challenges.

Sarajevo Canton joined the programme in May 2017 and has since worked on developing an action plan with support from the government of Japan. The GCAP has identified investment in urban public infrastructure as one of the priorities for Sarajevo.

Traffic congestion, especially during rush hour, is a severe problem in the city. The poor quality of public transport is the main reason why so many people in Sarajevo use cars, increasing fuel consumption and noise pollution.

Sarajevo is the third city in Bosnia and Herzegovina to become a member of EBRD Green Cities, after Banja Luka and Zenica. The programme also includes investments in the water supply network in Sarajevo.

To date, 37 cities – in all regions where the Bank invests – have signed up to EBRD Green Cities and more Green City Action Plans are under preparation. The rapidly growing network is also supported by the Green Climate Fund.