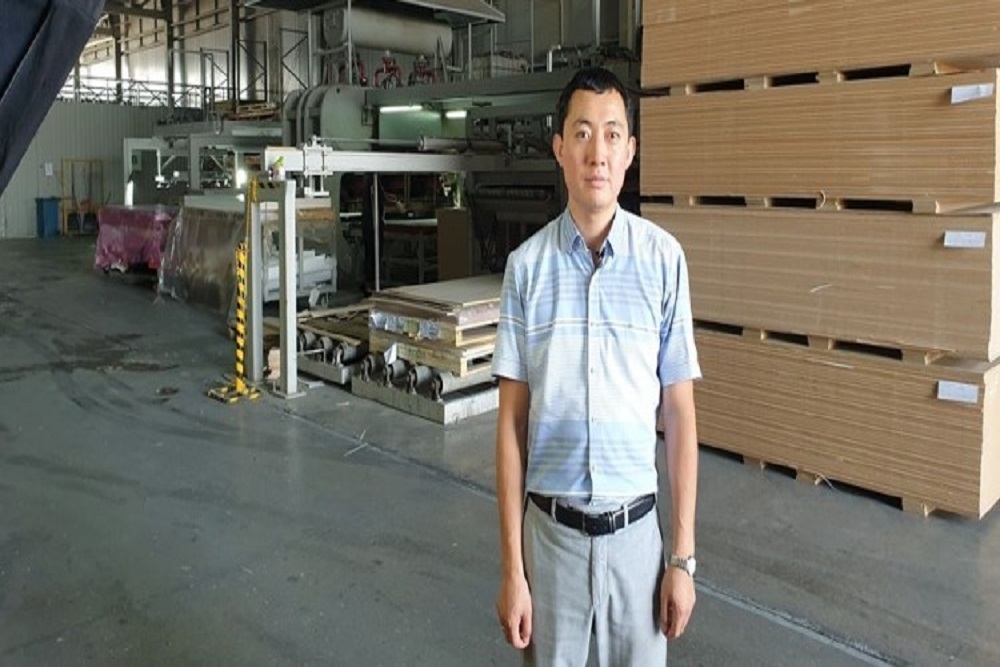 With funding from Kazakhstan, we helped build a modern furniture factory

The story of the founder of MegaSmart takes us back to the times of the heady ‘90s in a post-Soviet Kazakhstan where the entrepreneurial spirit had just begun to root itself in a burgeoning private sector. The EBRD became instrumental in MegaSmart’s expansion and success.
Sergey Khegay, from Shymkent, pondering ways to earn some pocket money, created a sports ball from scratch. This proved popular among his peers, who bought it from him. Sergey’s creativity and ingenuity were already apparent in his early school years, during which he experimented with all manner of swaps and inventions.

Having plunged into entrepreneurship for the first time at 10 years old, Sergey continues to experiment in business to this day, brimming with ideas and successfully developing a number of companies.

Today Sergey is the owner of the MegaSmart plant that manufactures and assembles furniture, and also makes glossy panels. MegaSmart is currently one of the largest producers of these panels in South Kazakhstan.

“I always liked to draw,” Sergey explains. “I inherited a creative talent from my father, who applied his skills to woodwork. I taught myself a lot of things that later I used in my work.”

It was in his parents’ garage – serving as Sergey’s first office space – that he drew the sketches for his first furniture orders, having mastered design skills and 3D modelling.

And slowly but surely, he saw the demand for his furniture grow, and offers for partnerships suddenly popping up from Russia, Central Asia and Belarus. Before they knew it, Sergey and his growing team were running out of space.

Here is how MegaSmart, a furniture producer in Kazakhstan, improved efficiency and growth thanks to the help from the EBRD and the Government of Kazakhstan.

The company took part in an EBRD advisory project a few years ago. This was needed for the dynamic growth that the company was experiencing at the time.

As a result of this project, many processes were automated and a service centre and online platform intended to attract partners and clients were developed. The EBRD project was funded by the government of Kazakhstan.

It was a matter of coincidence that he decided to build a plant on the territory of the new Tassay industrial zone in Shymkent. After just a couple of years, his furniture factory reached an export level of more than 60 per cent, with a workforce exceeding 80 employees.

Sergey, among other things, introduced technologies from South Korea into the production process and invented the “know-how”, which is now at the patenting stage.

“I have big dreams about the company’s development. I would like to extend our presence in the region and conquer other markets,” Sergey says.

The dynamic growth of the enterprise is without doubt attributed to Sergey’s charismatic personality. His communication, networking and creativity – with a little help from the EBRD - are the key ingredients of his company’s secret sauce.