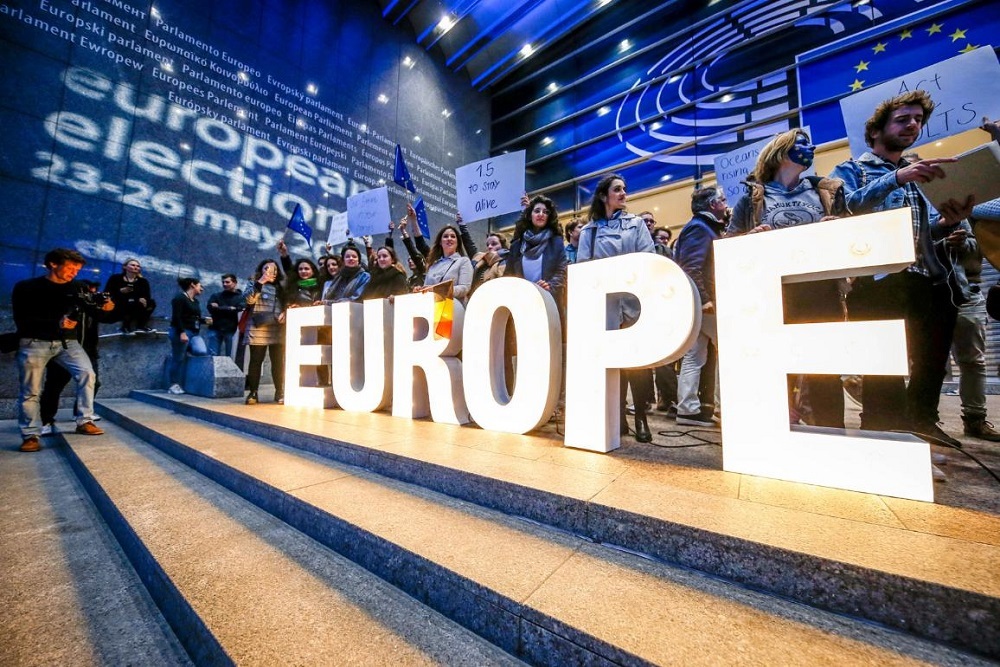 MEPs worked hard in the first few months of the year to approve new laws on a raft of issues including plastics, road safety and copyright before the European elections in May.

Parliament approved requirements for further reductions of greenhouse-gas emissions from new cars and vans as well as from trucks.

MEPs also endorsed a ban on the sale of single-use plastics such as forks, plates and straws as of 2021 in an effort to reduce the piles of plastic waste on beaches and in seas.

Safety features such as intelligent speed assistance that prevent road fatalities will have to be installed in all new vehicles from 2022 after MEPs voted in favour in April.

Parliament followed developments surrounding Brexit closely all year and approved a number of measures to mitigate the risk of the UK withdrawing from the EU without a deal.

MEPs also voted in favour of reinforcing the European Border and Coast Guard Agency and give it a standing corps of 10,000 by 2027.

10,000 officers for the European Border and Coast Guard Agency

A new copyright directive adopted earlier this year aims to ensure that the rights of creatives and news publishers are protected online just as in the offline world.

People with disabilities and elderly people will enjoy better access to various services and products such as ATMs, smartphones and ticketing machines, after a new directive introduced more requirements for accessibility.

Later in the year, MEPs blocked a proposal by the European Commission for new rules protecting bees from pesticides as they had been watered down by EU countries.

The European elections in May saw the highest turnout in 20 years as more than half of eligible voters turned out to vote. The elections also paved the way for a new European Parliament and a new European Commission.

In July, MEPs elected David Sassoli as Parliament president and Ursula von der Leyen as the next president of the Commission.

Commissioner hearings in the autumn gave MEPs the chance to assess the suitability of candidates to be members of  theEU’s executive body. Three candidates failed to get the backing of the committees before which they appeared and were replaced. In November, the full team of commissioners was finally approved in a plenary vote.

Parliament awarded the 2019 Sakharov Prize for Freedom of Thought to Ilham Tohti, an imprisoned activist fighting for the rights of the Uyghur minority in China.

Last year's winner, Ukrainian film director Oleg Sentsov, came to Parliament in November to collect his prize in person following his release by Russia in a prisoner exchange deal.