EUROPEAN BANK: Okhtein: Made in Egypt 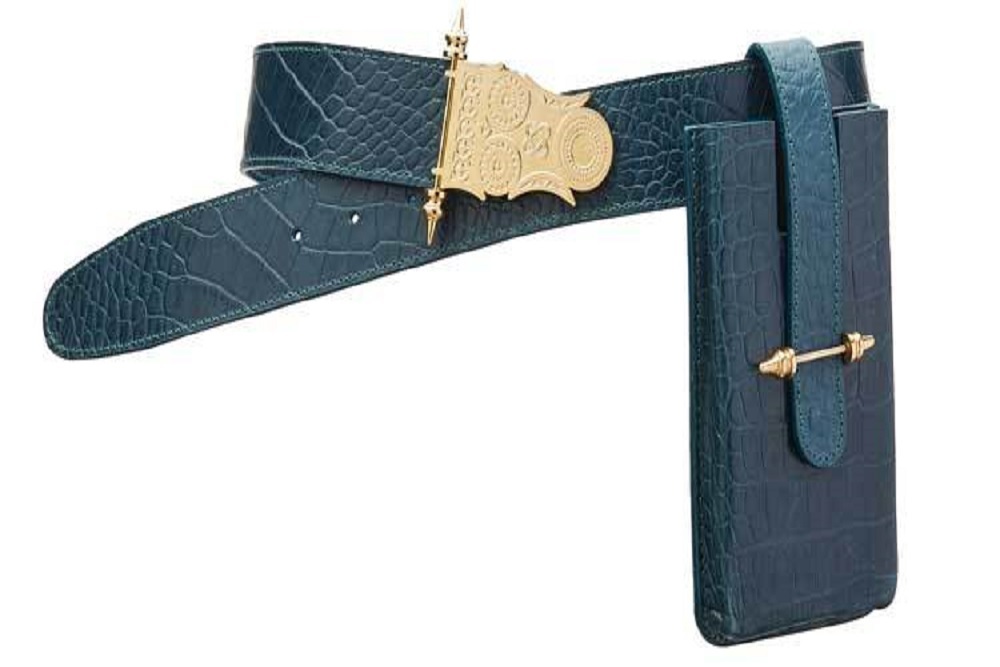 The cover of Forbes’ 2017 edition of 30 Under 30 features two young women – sisters at first glance – and their look is unmistakeably that of a determined and passionate duo. So what earned the pair a place in this entrepreneurial hall of fame? And what role did the EBRD play in their rise to success?

The answer lies in Okhtein – the Arabic word for “two sisters” and now a famous fashion brand in Egypt. The label’s signature line includes edgy high-end handbags embellished with traditional motifs whose designs are reminiscent of Cairo’s architecture. Beneath the intricate detailing lies a love of the arts, a strong respect for Egyptian craftsmanship, and above all a sisterly bond that weaves all of these together. The story behind the bags is an unusual one – one that the EBRD has helped craft under the ambit of the Women in Business programme.

A childhood, a vision, a partnership

Aya and Mounaz, born and  raised in Cairo, are the brains behind the Okhtein house of accessories. In the early 2000s, handbags were not readily available in the Egyptian market and fashion magazines were a collector’s item in an industry still in its nascent stage.

The sisters recall how, back when they were kids, they would think of projects to work on together. “Nothing specific inspired us to start our own line; we knew since we were young that we would join our creative energies into something a lot bigger than us,” says Aya.

So what makes these designs so unique that they have gained international reputation, with displays in museums in Amsterdam and placement on the shelves of international high-end department stores like Bloomingdale’s and Harvey Nichols?

By incorporating what drives them emotionally – an idea, a phrase, a thought or anything visual for that matter – the duo behind Okhtein re-establish the link between the artist and  the design. A case in point is Mounaz herself.

“Mounaz is a painter/artist,” Aya explains. “Her background in painting allowed her to see many things in an abstract way. This helped shape a lot of the uniqueness you see in our products. Her paintings and usage of colours inspire many of our designs.”

Their collection “Fatimide Façade” epitomizes this unique style. Inspired by the old mosques of Cairo, it revives their architecture in bold, geometric shapes that express exquisite craftsmanship.

Since its launch in 2013, Okhtein has pushed the boundaries of the entrepreneurial spirit, but not without obstacles.

“Because both of us are visual artists, it was a challenge to work on many things at the same time. A major weakness of ours was how we did finances and accounting. We approached the Bank and its services were of great help. We worked with a financial consultant who helped us understand the needed steps to foster and grow our business.’’

The EBRD’s Women in Business programme, with funding from the Middle East and North Africa (MENA) Transition Fund (the United Kingdom, the United States, Saudi Arabia, Germany, Canada, Japan, Kuwait, Italy, Qatar, Turkey, the United Arab Emirates and the Netherlands), matched the design duo with a consultant who helped design the pair’s strategy for streamlining their business processes for efficiency and expansion. The expert worked with Aya and Mounaz to help identify gaps and areas in their operations requiring further attention.

Following the advisory project, the way they did business changed entirely. “We followed the report that was given and we started delegating and hiring more people to help with the expansion plan. We hired five more people – three more in the accounting department and brought two more into the creative team,” Mounaz notes.

Where they’re heading next

The two are now able to refocus their efforts on bringing artistry and philanthropy to the fore. Indeed, their Summer Capsule collection is the outcome of a collaborative effort with local NGOs supporting skilled female workers experiencing financial hardship. By integrating Egyptian designs in embroidered, handwoven handbags, Okhtein is raising awareness of the expertise of traditional Egyptian artisanship that all too often disappears in the supply chains of reputable fashion houses.

Okhtein and the EBRD are collaborating once more in a new branding and marketing project aiming to help the company gain even stronger footing in the international fashion markets.