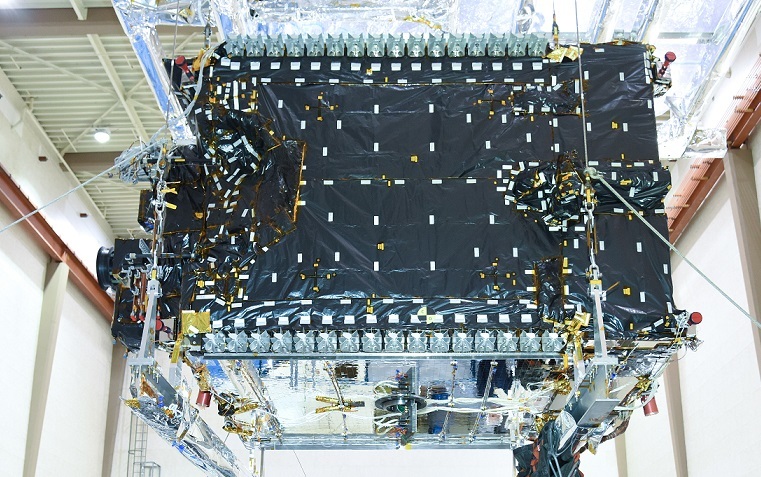 A Bulgarian television provider is reaching the heights of outer space thanks to an innovative satellite attached to a planned Falcon 9 launch by Elon musk's pioneer space company SpaceX.

Lewis said it often takes two to three years to build a satellite, including design and assembly phases.

“There is lots of testing,” Lewis said.

She added that optimal orbiting at 22,300 miles above Earth requires specific engineering standards, as well as rigorous testing. Other pressures on the satellite involve aspects of its atmosphere related to its positioning, she said.

Lewis said SSL leaders project that the rocket will launch in mid-June.

The BulgariaSat-1 satellite will help Bulgaria Sat provide direct-to-home television and communications services in the Balkans and elsewhere around Europe.

Thirty Ku-band BSS transponders will help with the provision of high-definition TV and other state-of-the-art services.

"BulgariaSat-1 is an essential part of Bulsatcom's strategy to expand high-quality TV and communications offerings to meet customer demand," Maxim Zayakov, CEO of Bulgaria Sat, said in a press statement. "SSL has been an excellent partner in helping us make our vision a reality and we eagerly await next month's launch."

The satellite was shipped in a special environmentally sealed container to regulate temperature and humidity and prevent contamination. Once at the site, the satellite must be loaded with propellant and attached to the rocket.

Look for more as SpaceX and its partners plan for the impending launch. Experts are saying within about 30 days from the launch, BulgariaSat-1 will be delivering data signals to consumers.